KinoGram International Film Festival (KIFF) was created by The KinoGram cinema – the venue in the wonderful post-industrial space of the former Norblin Factory in Warsaw, focusing on culture where one can meet the top Polish film artists and industry people with their masterclasses and lectures. In KinoGram there are movie premieres, discussion panels, retransmission of cultural events.

KIFF is an independent international festival of short films of 3-30 minutes length. Both professionals and students and amateurs can participate in it. Films of good quality are eligible to participate in the festival. Please note it does not have to be shot with professional equipment – any technique is possible. An ideal KIFF movie is one with a good, interesting story, a message to the world, showing a unique person or situations…. 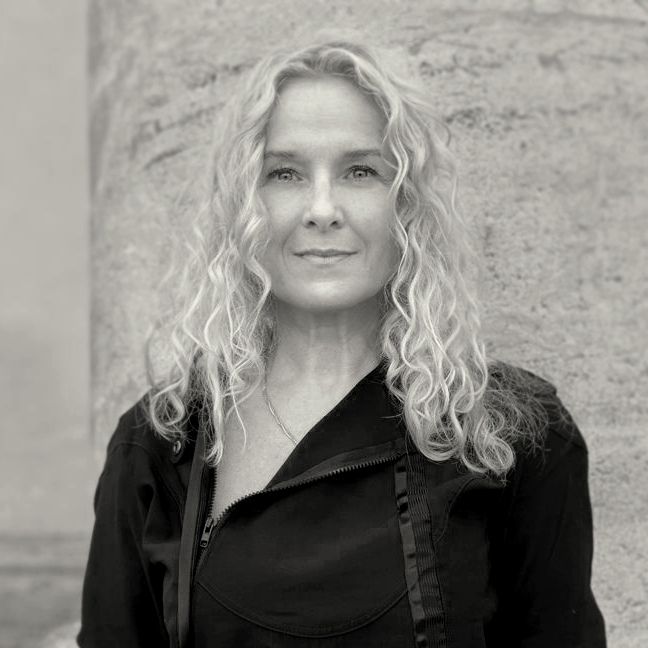 She has always been drawn to film and the power with which this art form can affect people. In 2018, she made her first film. To this day, she continues to direct and produce her own short films on social issues. The main ones are: “Heart Therapy” which has won many awards around the world – it won 2nd place at the Cannes Film Festival in Nespresso Talents won LA Global Shorts and won Best Woman Filmmaker at the Vegas Movie Awards. Other films include “SPIDER” and “You Can’t See Me.”

She has been a Nespresso Talents ambassador and jury member since 2018.

He is currently working on the VR film “DANCING LETTERS” and the documentary series “Un Uomo Secondo Kurenia”, for which the music is composed by Oscar winner Jan A.P. Kaczmarek.

Film submission fees are accepted through the FilmFreeWay.com platform.

Planning to submit your production to the KIFF festival? We’re honored! But first, please read all the rules for submitting your film and then register at www.filmfreeway.com.

The KIFF festival jury will select three of the submitted films and award the main prizes to their creators. In addition to the cash prizes, the winners will also be honored with our statuettes. Additionally, Audience Awards will be given to the audience, who will have the opportunity to vote during the TOP 30 screenings in November 2021. The Audience Award, unlike the KIFF main awards, will not be financial in nature.

Our winners will also receive statues and KIFF certificates.

KinoGram is a one-of-a-kind place. The KIFF festival is also unique. That is why our statuette also has to be unique. We are currently working on the final project, which will combine 3 aspects: the values of our cinema, the main principles of the festival and current artistic trends. 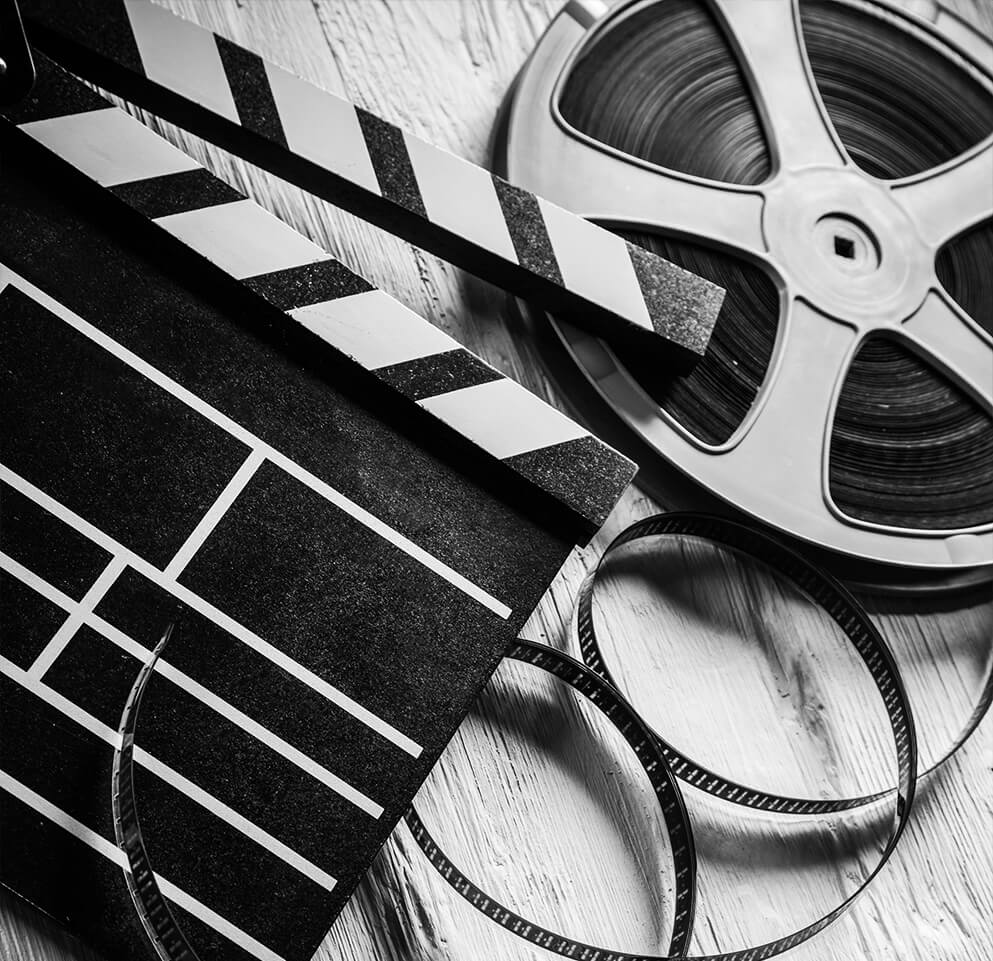 KIFF is a unique festival – our goal was also to build a unique jury. Each of the submitted materials is of great importance to us. We are convinced that this jury will be able to accurately and multilevelly assess each submitted production. 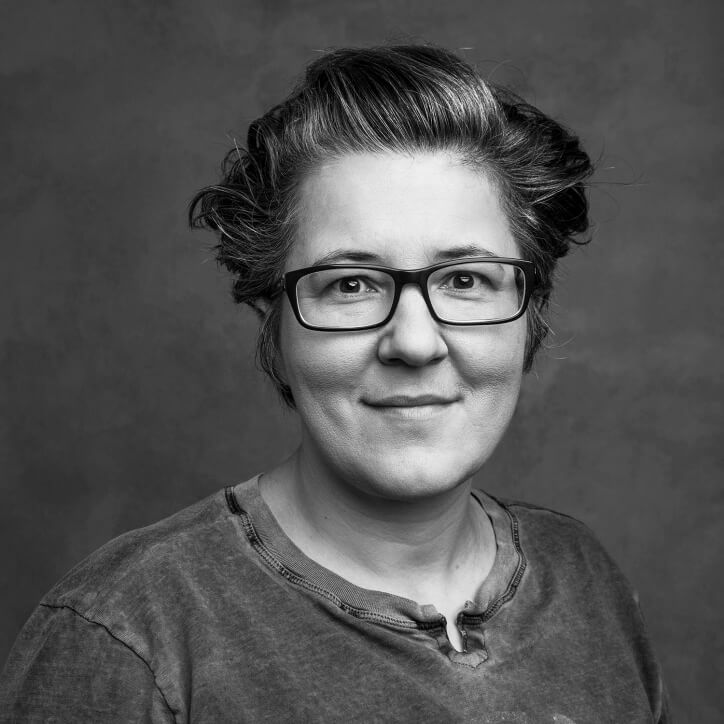 Her debut film “BARK!” was in the main competition at Sundance. Since then Kasia has directed feature films (“The Offsiders”, “Janosik: The True Story”, “Spoor” and “Amok”), dramatic TV series (“Absentia”, “1983” for Netflix, “The Deep End”, “Pitbull”, “The Border” HBO), theater, TV drama, music videos, 2nd unit and numerous commercials. In her 20+ year career she has also worked as an editor and storyboard artist on numerous American and European productions. 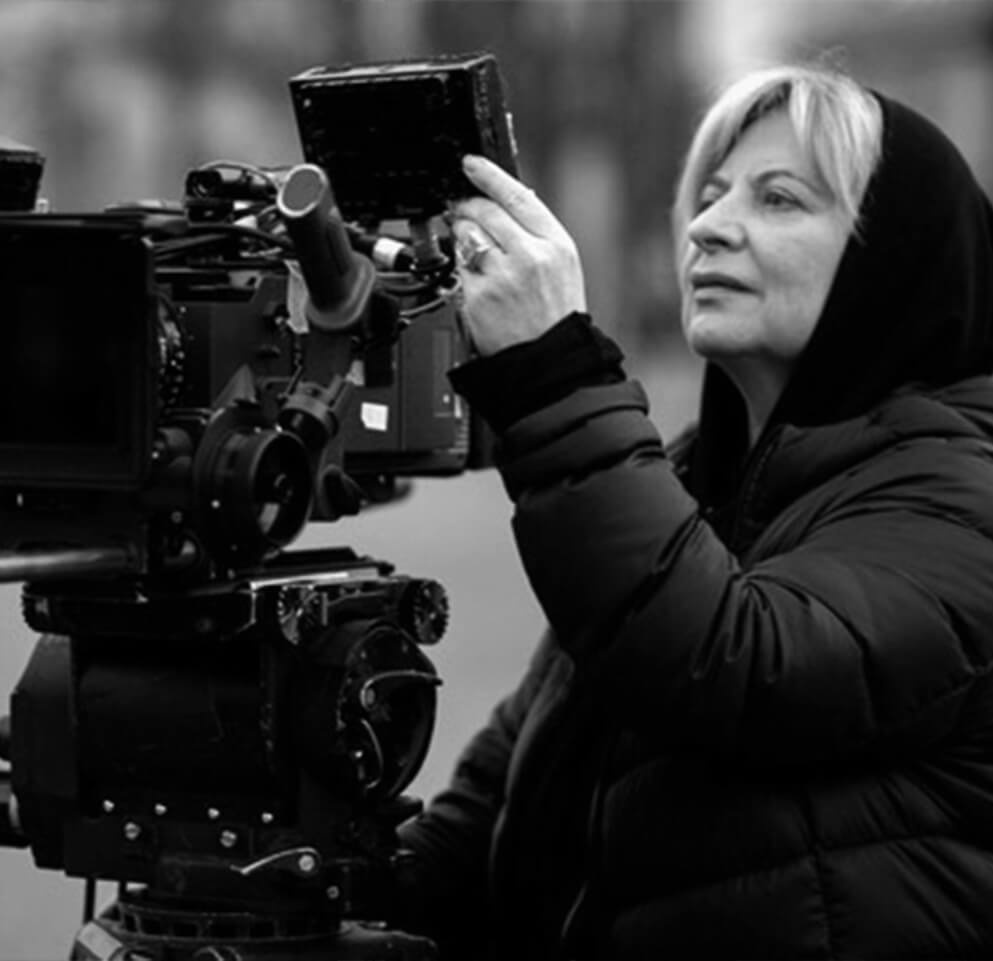 She studied cultural studies at Wrocław University (1976). In 1977-1978 she was the literary manager of the Jaracz Theatre in Olsztyn. In 1982 she graduated from the Radio and Television Faculty at the University of Silesia in Katowice. In the season 2005/2006 artistic director of the New PRAGA Theatre. Since 2006 lecturer at the Warsaw Film School. Since 2012 she has been a lecturer at AMA Film Academy in Krakow.

She was the director of „Back Home”, „The Last Schoolbell”, „Departure”, „Le Contact” and „White Marriage”, as well as tv series such as „The Deep End” among many others. She also worked on documentaries, tv theatre (including operas) and cultural tv programmes. 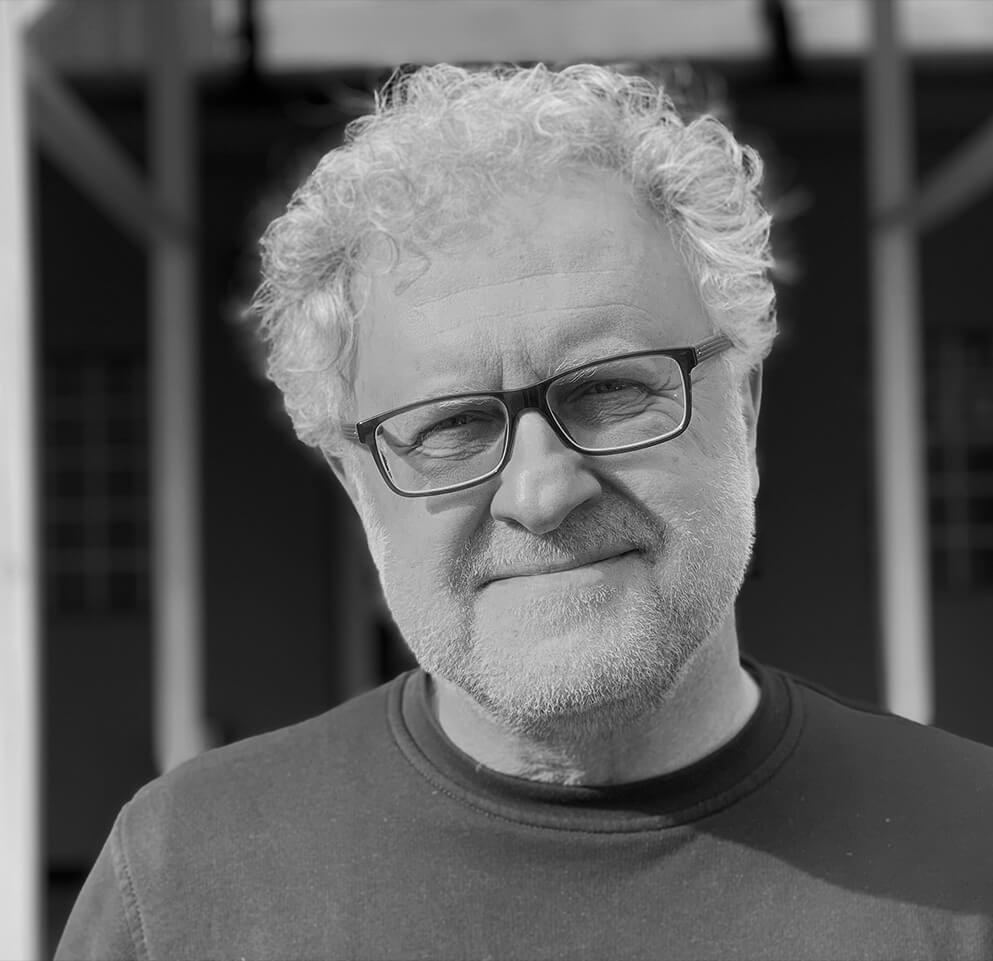 Producer, director, screenwriter, founder and president of Apple Film, studied directing at the famous Lodz Film School. After the fall of communism in Eastern Europe in 1990, he became one of the first independent producers in Central and Eastern Europe. He is an executive producer of all Apple Film productions, creatively initiating many of them. 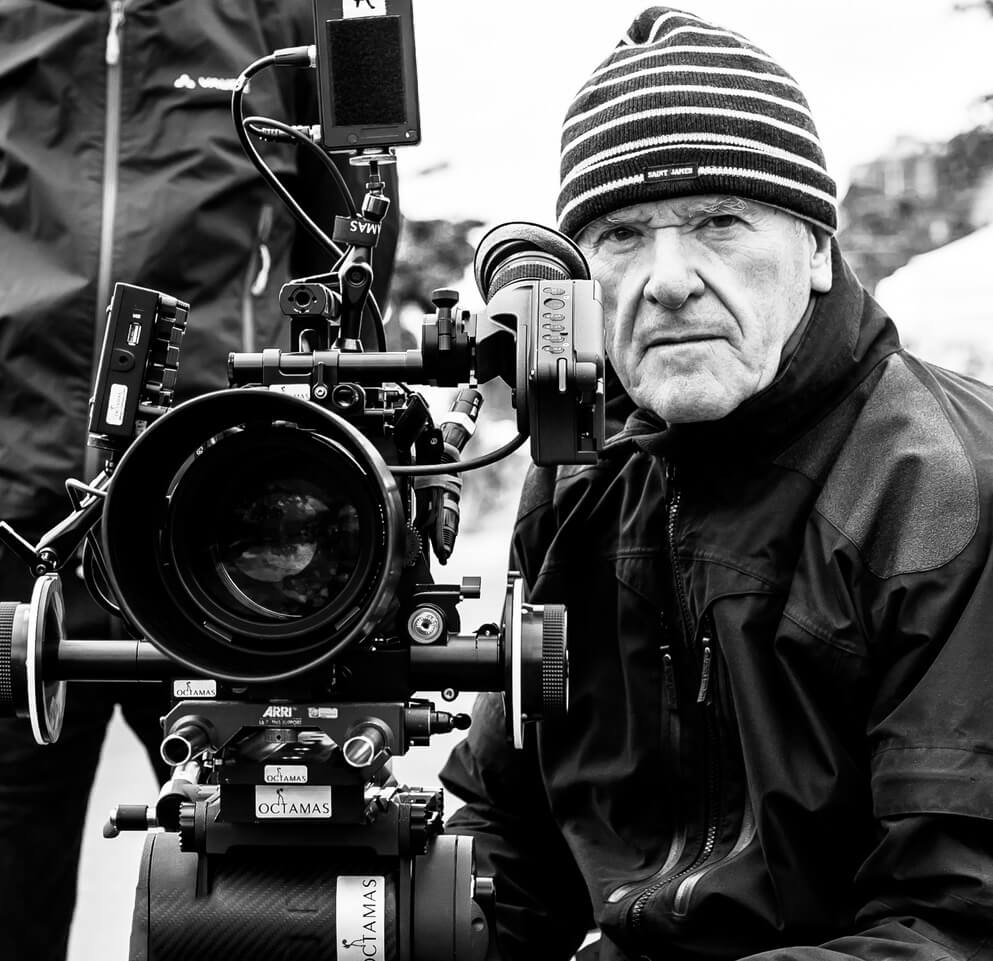 Cinematographer and photographer, living in Switzerland from 1982 to 2019. A graduate of the Cinematography Department at the National Film, Television and Theatre School in Łódź (1965-69), he has made dozens of documentaries and feature films all over the world – his works have been screened and won awards at festivals in Cannes, Mannheim, Krakow, Los Angeles and Berlin, among others.

The top 30 qualified for the official selection of the Kinogram International Film Festival.

The Dreams of Lonely People
CLOSE2U
MUSTANG
Klingert’s Diving Suit
Safe Distance
Endgame
A Problem
Come in!
Echo
Debutante
C’est la vie
KARMINA
Burn Out
Dad You’ve never Had
Giraffe Ears
Opus magnum
Interviews
Devil in a Lawyers Suit
Family Lines
Lila
We will talk again
Under the sky
Wanda
The Cracks
My Brother a Fishman
The Howling
Did you hear the tears?
Something
The Dress
Into the night

A new event appears on the film map – the KIFF short film festival (KinoGram International Film Festival). The jury chaired by Kasia Adamik will evaluate short films from around the world. Applications are accepted from July 30 to October 30, 2021, the results will be announced on November 1, and the Award Ceremony will […]

Do you have any additional questions? We’d be happy to answer them. Feel free to contact us by email or on our social media.